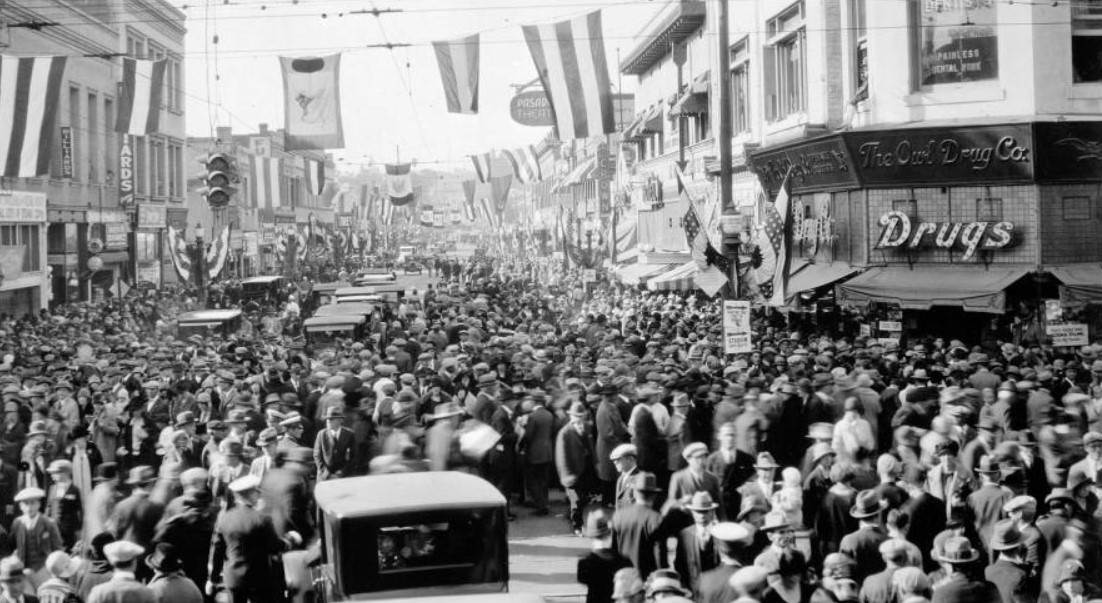 It’s nearly 2020! And what better way to welcome the New Year than with the crowd-pleasing 131st Tournament of Roses Parade?

Over one-million people attend the Rose Parade annually. One-million! With One Colorado’s parade-perfect location on Colorado Boulevard in the heart of  historic Old Pasadena, we were inspired to dig up little-known facts and historic tidbits about the Pasadena Rose Parade. And there happens to be a lot of parade history right here at One Colorado!

The first Rose Parade was held in 1890 on South Wilson Avenue where the Caltech athletic building stands today. At its inception, the parade was a much smaller production consisting of a parade of flowers on horse-drawn chariots and competitions such as races, jousting and tug-of-war. The first-ever Rose Parade Game took place in 1902 with Michigan against Stanford, with Michigan winning 49-0. The game became permanently instated in the parade’s traditions in 1916.

Hallie Woods was selected as the first Rose Queen by her classmates in 1905. “One Tree Hill” star Sophia Bush was the 82nd Rose Queen in 2000. Today, the royal court is selected based on “poise, personality, public speaking ability, scholastic achievement” and leadership skills. For this year’s parade, Camille Kennedy was crowned the 102nd Rose Queen. You can see her during the parade donning a Mikimoto crown featuring over 600 pearls and six carats of diamonds. Learn more about the history of the Rose Queen here. 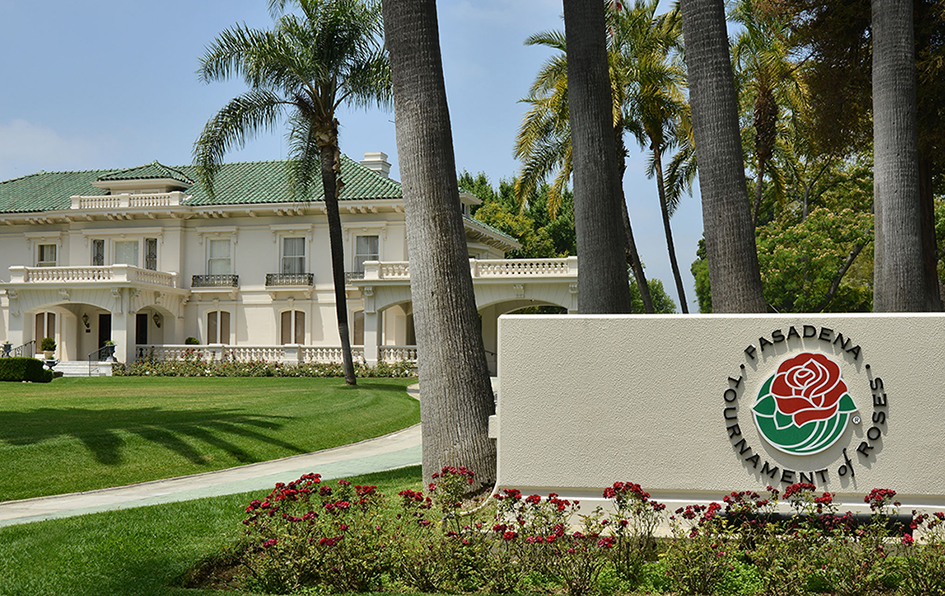 The William Wrigley, Jr. family (yes, as in the chewing gum) donated their Orange Grove Boulevard mansion and gardens to the city of Pasadena in 1959 to use as the official headquarters of the Tournament of Roses parade for the “staff and 935 volunteers who work year-round” organizing the parade and game.  Having enjoyed watching the parade from its front yard (the favorite of the six of the estates owned by the Wrigleys), it was only natural to make their home the home to the Rose Parade. (You can tour the three-story mansion at no cost.) On New Year’s Eve, floats line up in front of Wrigley’s mansion where you can view them up-close and personal for free. (This is sort of a local secret, so be choosy about with who you share!)

There are actually many historic links to the Rose Parade at One Colorado. At the turn of the century, when the streets had to be widened to accommodate the motorized, large floats that we see today, many buildings on Colorado Boulevard had to remove 15 feet from their fronts to make room for the expansion. The building Sephora calls home was able to maintain its original facade, while the buildings where Vince and J.Crew are located had to reconstruct entirely new fronts. The Vince building was redone in a Spanish Colonial style and J.Crew, originally occupied by Owl Drug Store, was remodeled in the Art Deco tradition (see photo above). You can still see the original front door tile work of Owl Drug Store!

If you head towards Fair Oaks between Colorado Boulevard and Union Street, notice the curbs. Made from granite, they were made taller than standard curbs in order to accommodate horse-drawn carriages dropping off the parade’s Grand Marshall and other float riders. If you walk further down Union Street past Smith Alley, you’ll notice a dipped driveway with zig-zag ridges. This was where horse-drawn carriages would be repaired and the ridges kept horses from slipping as they entered.

Side note: When the original City Hall (built in 1903 where Container Store is today) burned down, it temporarily relocated to the second floor of Patagonia’s building on Fair Oaks and Union.  When you visit Patagonia, notice the sealed, historic underground elevator on the sidewalk next to the shop. While the elevator near Patagonia is no longer functioning, there is another one that still runs behind Mi Piace. If you stick around, you’ll hear the elevator bell ring!

One Colorado’s long-time security Officer Issac has personally been involved in the Rose Parade for over 40 years! His duty? Driving the floats! Issac was recently honored with an award to celebrate this milestone from the President of the Rose Parade. Issac drew our attention to the thin red line that runs in the street on Colorado (something we hadn’t noticed before), and told us it’s used by the the float drivers so they can keep the floats driving in a straight line. Issac also gave us the inside scoop on the parade’s mantra: “The Show Must Go On!” If a float has technical issues, drivers have about 15 seconds to get it back up and running or risk having the float towed for the remainder of the event.

The next time you wander One Colorado spotting these historic spots and their connection to the Rose Parade, make sure to visit Salt & Straw! From December 27th – January 1st, they will be serving up a special flavor n celebration of the Tournament of Roses: Chocolate Rose Petal ice cream!

Heading to the Rose Parade in 2020? View Annual Spectator Guide.