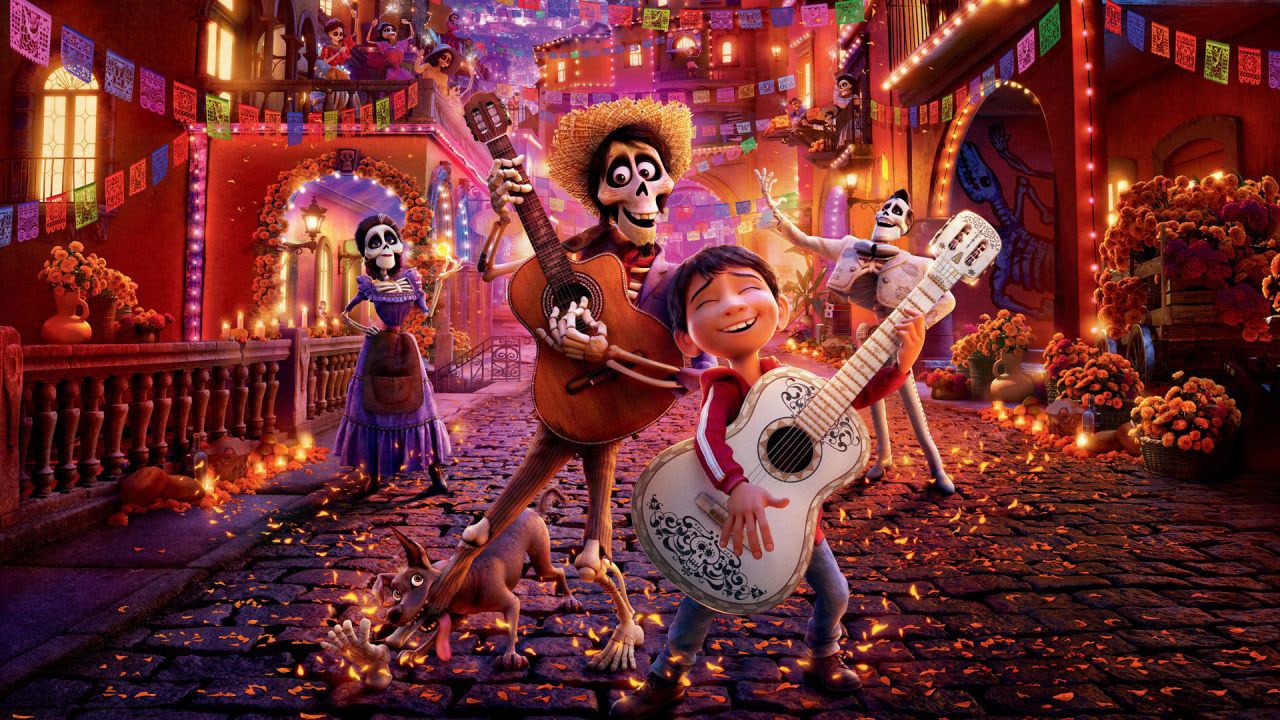 Young Miguel dreams of being a musician like his idol Ernesto de la Cruz. But after his great-great-grandmother and her young daughter Coco were abandoned by his great-great-grandfather for a career in music, all forms of music were banned from his clan. Miguel now lives with Coco, and unbeknownst to her he is secretly teaching himself to play the guitar by watching Ernesto’s old movies. After discovering an old photo of baby Coco with a man holding a guitar just like that of his idol, Miguel discovers that his grandfather of lore is none other than Eduardo himself.  Or is he? After sneaking grandpa’s guitar from his mausoleum, Miguel magically melds into the world of the departed, becoming invisible to the living and visible only to the departed.  Now he must work his way back to the Land of the Living. Coco features the talented voices of Gael García Bernal, Benjamin Bratt and Edward James Olmos and holds the title of the 15th highest-grossing animated film. It won two Academy Awards for Best Animated Feature and Best Original Song (“Remember Me”), and Best Animated Film at the BAFTA Awards, Golden Globes and Critic’s Choice Movie Awards and Annie Awards.

All courtyard screening start at 8:30p. We will have Silent Disco headsets available (first-come first-served), and you’ll need to turn in your Cal Driver’s License for their use (which, of course, you get back when we get our headsets back).

We are also serving up the perfect movie night trifecta – movie, drink and dinner! The Kind Sage (Friday’s) and Il Fornaio (Saturday’s) will have a pop-up bar for some pre-film libations. Il Fornaio is also offering a bene dinner deal – choice of one pizza (pepperoni or Margherita), two bags of popcorn and two cans of soda. We provide some courtyard seating, but bring along a blanket if you prefer a picnic style dinner + iPic is handing out popcorn (while supplies last).

For accessibility information or to request an accommodation, please contact (626) 564-1066 or alicia@onecolorado.com. Providing at least 72 hours’ notice prior to the event will help ensure availability.

Sorry, the comment form is closed at this time.